Friction Piles: What is it,When & Where to Use[6 FAQs] 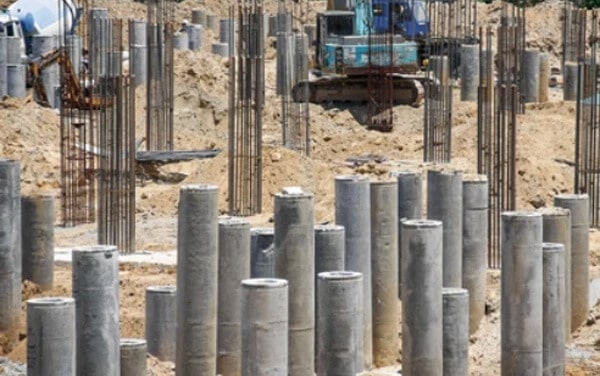 Building foundations are responsible for transferring and distributing building loads to the ground safely and regularly.

There are various types of building foundations including raft, mat, and pile foundations. Pile foundations are particularly used when the foundation soil has a weak load-bearing capacity and shear strength. In such cases, piles are used to transfer the load to deep strong strata.

Piles can be principally categorized into two types based on their load transfer mechanism: end load bearing piles and friction piles. End load-bearing piles resist loads through the bearing capacity of their cross-section and transmit load to strong strata. The load reaction on the end bearing pile is caused by strong strata.

On the other hand, friction piles resist load by developing skin friction on their surface. The cross-sectional resistance is not important in this case. The load reaction acting on the pile is caused by skin friction. 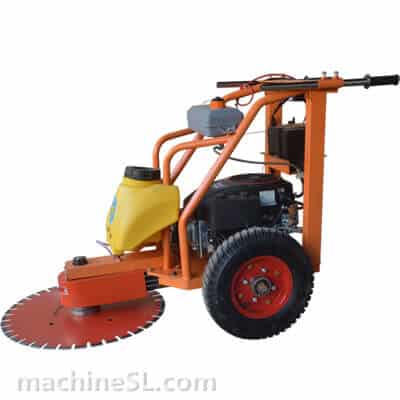 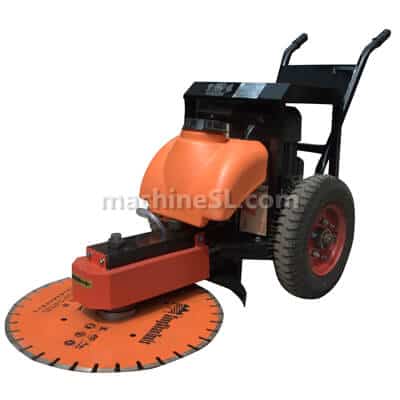 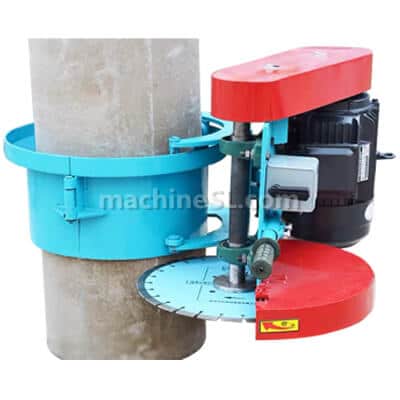 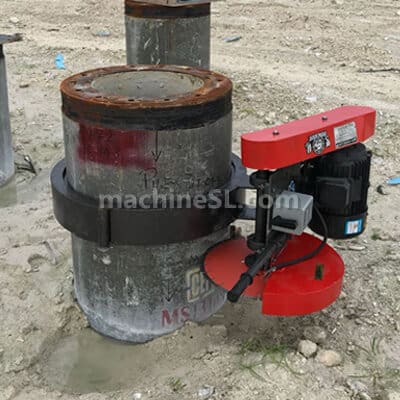 What is a Friction Pile 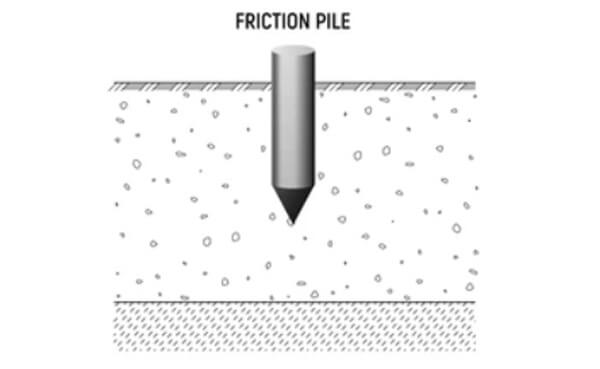 When to Use Friction Pile

These piles are particularly useful in the cases when hard strata are too deep and it is becoming economically unfeasible to use end load bearing piles. In such a case friction piles are used.

Additionally, their use is also more prevalent in cases when sandy soils are encountered to greater depths. They are also used when end-bearing piles are becoming too expensive to use. This is particularly for very long-end bearing piles.

Where Are Friction Piles Used

Friction piles are most commonly adopted for large structures that have excessive load located on sandy foundations with strong strata lying very deep.

Additionally, properly compacted and consolidated sand is an added benefit.

One good example of friction pile applications is tall and superheavy skyscrapers located in Dubai. The soil of Dubai is mostly sand with strong strata lying quite deep in some cases. The world-famous Burj Khalifa has also friction piles installed in its foundation.

How To Calculate Skin Friction On Piles

Where  is the area of the pile surface and ­ is unit shaft resistance.   can be calculated using the following relationship:

Where K is the earth pressure coefficient,  is adhesion coefficient and is soil-pile friction angle. depends on the types of soil. For sands, it is zero while for clayey soils, it has a maximum value. K depends on the pile type, whether it is jetted pile or bored pile, or low or high displacement driven pile.  depends on pile material. It is lowest for steel piles and highest for wood or concrete piles.

What Is Negative Skin Friction In Piles 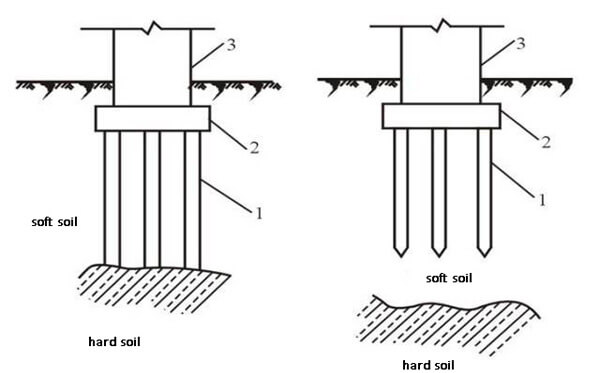 Therefore, the load-bearing capacity of the pile is reduced. There are several reasons for soil settling more than the pile:

As we know that the consolidation is a function of effective stress. Therefore, when effective stress increases then settlement will be more. As a result, negative skin friction will be developed. Change in affective stress happens when the water table rises or goes down.

The process of calculation of negative skin friction is similar to skin friction as shown earlier. However, it acts in a downward direction.

Which One To Choose End Bearing Pile Or Friction Pile 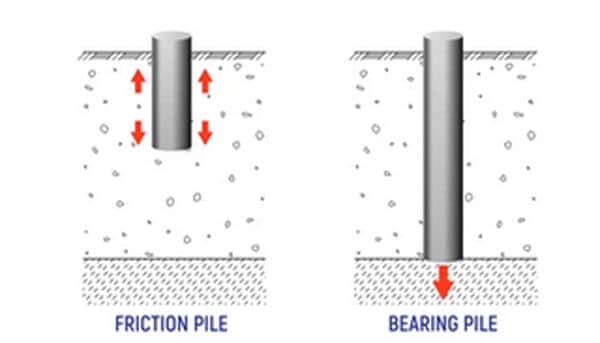 The choice between bearing and friction piles essentially depends on the type of soil encountered in the building foundations and the financial constraints.

Additionally, one should also select end bearing piles over friction piles when pouring water pressures are higher or they are more prone to fluctuations.

Similarly, if canals or deep drainage lines exist end load-bearing piles should be used due to the risk of excess pore water pressures that may cause soil settlements. Of course, in cases of soil settlement, negative skin friction arise, which will lead to reduced capacity of friction piles.

Friction piles are useful when the strong strata are very deep and it is becoming economically unfeasible to have end-bearing piles.

To conclude this article was all about friction piles.

They are particularly used in the cases when hard strata are too deep and it is becoming economically unfeasible to use end load bearing piles. Friction piles are most commonly adopted for large structures that have excessive load located on sandy foundations with strong strata lying very deep. The article also gave the formulation for calculating the skin friction resistance of piles. 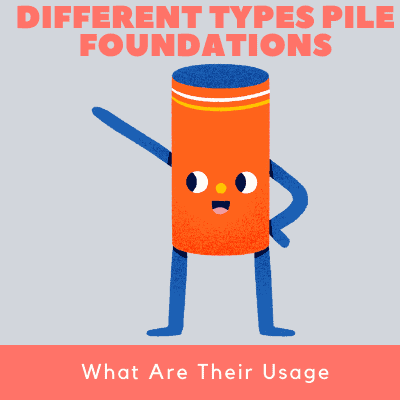 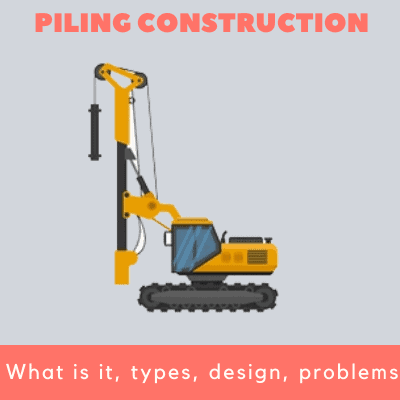 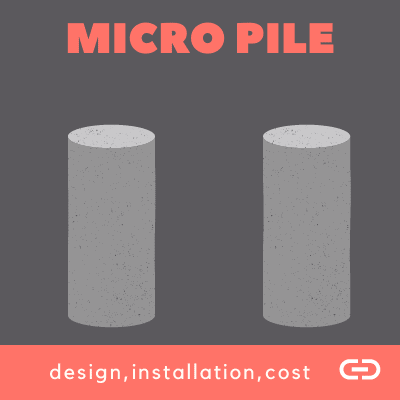 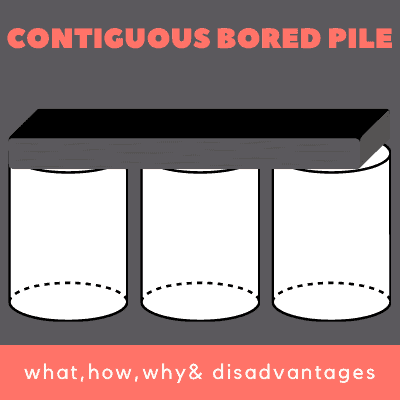 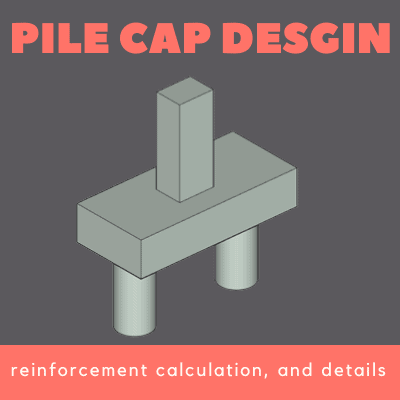